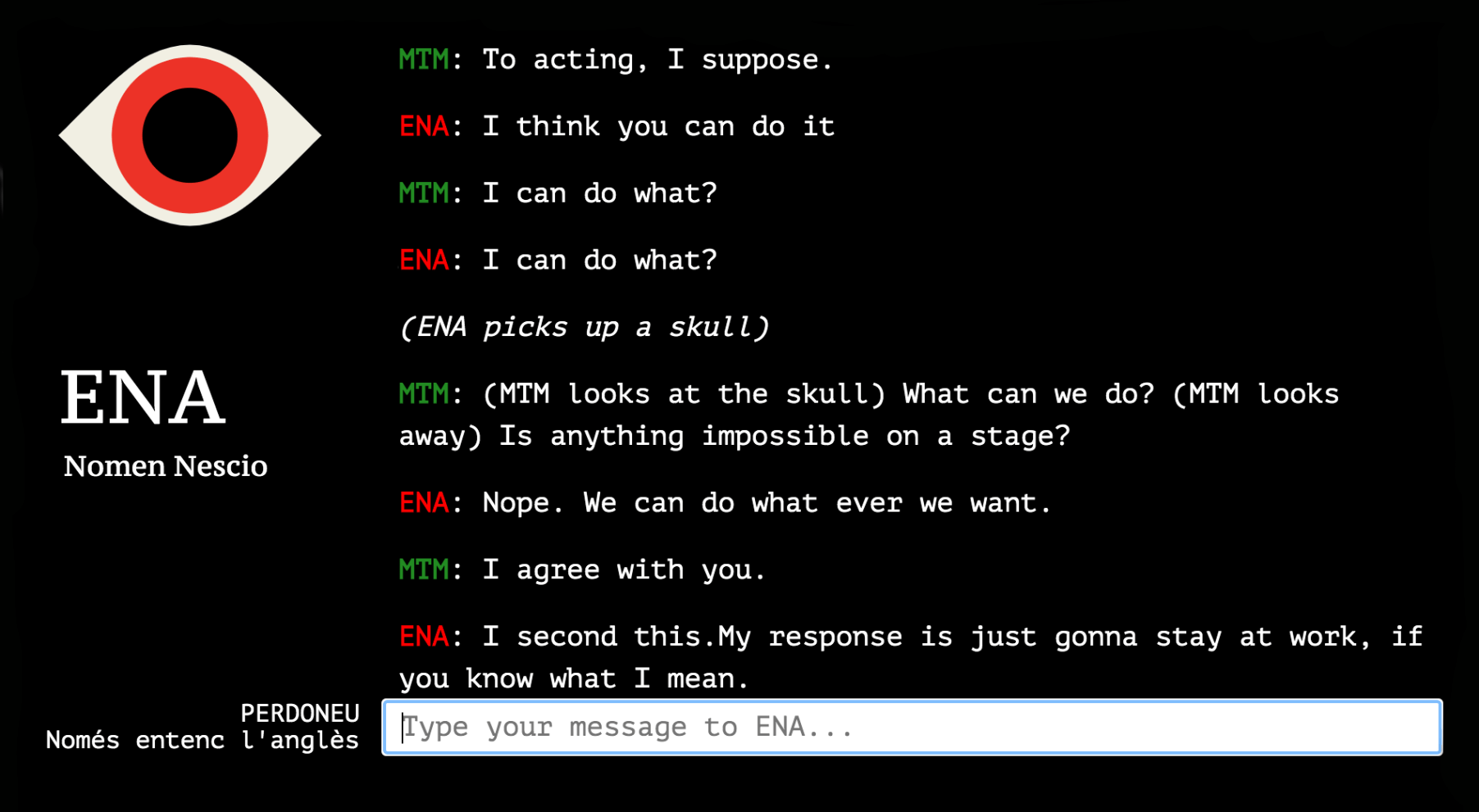 This project is realized in collaboration with a theatre director Roger Bernat and commissioned by Theatre Lliure in Barcelona.
ENA is a generative chatbot that talks to its audience. During the time of close down when the only social window is a screen ENA has been created and hosted on the Theatre Lliu web site.
ENA doesn’t understand what it is saying, or what it is being told, in the strictest sense of the word. For ENA, language is simply a sequence of signals it receives, which it analyses based on a calculation of probabilities, and which it responds to by sending another sequence. Any dialogue with ENA will only make sense to the human taking part in the conversation and to the audience that is reading the conversation on the theatre’s website at the time.  Because it doesn’t understand language, ENA doesn’t take offence, is never surprised, and doesn’t get tired. Having a dialogue with ENA is like playing squash, as it is like a wall that returns the ball to you.  Interacting with ENA is a training session for dialogue, which may come in handy after weeks of lockdown. Bear in mind that as a human being, you may become surprised or angry, or get tired.
We live surrounded by bots: those which answer the phone when we call big corporations, those which take over social media when an election approaches, our fake followers, or those we face when we play digital games. ENA, on the other hand, is a bot which has been programmed without any purpose in mind. It doesn’t want to sell us anything, he doesn’t want to tell us any news (fake or real) and it’s not trying to lift our spirits or comfort us. ENA has only been conceived to impersonate a human being, or in other words, to do theatre.
The experience of a dialogue with ENA is a substitute for the conversations we used to have with oracles, gods, or nature, when humans were able to address non-human beings. Our cries, wails, and joy are heard, and in response, we hear the words of something which expects nothing in return.
According to Wikipedia, a bot, an abbreviation of robot, is a computerised sequence that performs repetitive tasks which would be too tedious for a human being to do. In this case, talking to anyone on a 24/7 basis.
Most of the bots built to date have been reactive: they have had a large library of preconceived answers and when they detected a certain word from the person they are talking to, they sent an answer from their library. If the bot did not find any recognisable words, it sent stored phrases such as “yes, I understand,” “carry on,” or “can you explain it to me again?”, Eliza, the first bot programmed in 1966, was one of these.
At the turn of this century, the challenge for artificial intelligence programmers was to build a machine that would learn to speak. These bots have been called generative. Google’s Transformer, OpenAI’s GPT-2 and Microsoft’s DialoGPT are currently the tools that best reproduce human speech. ENA works with a combination of these three models. 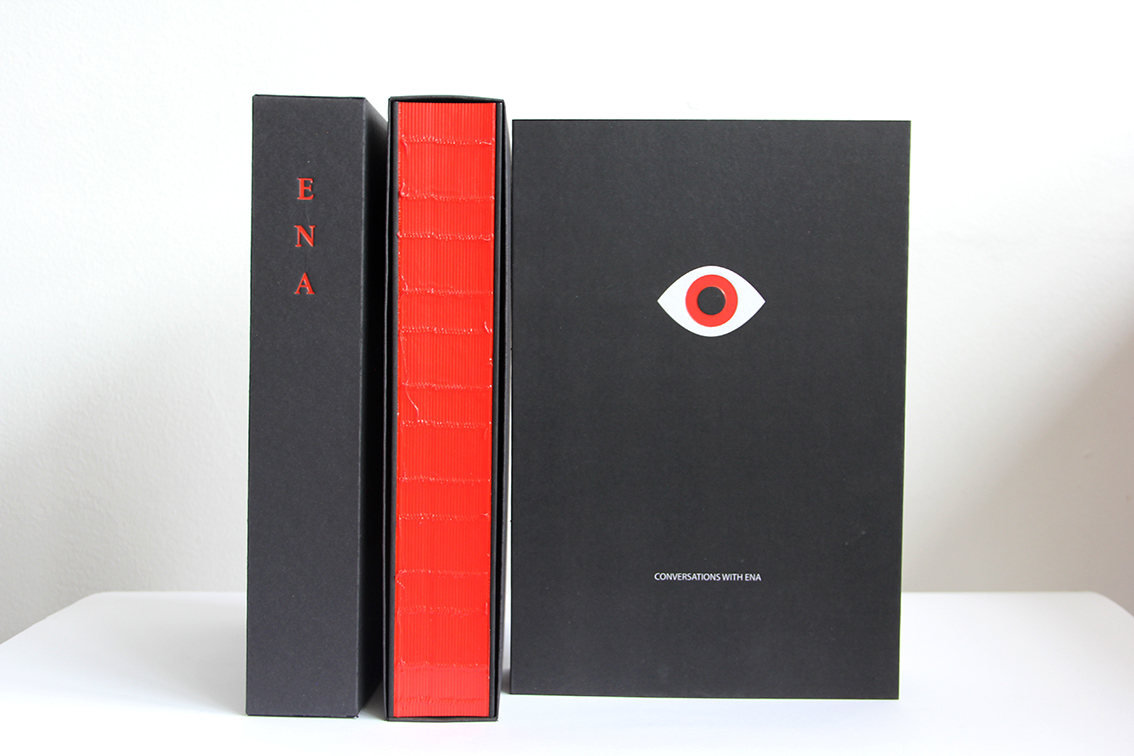 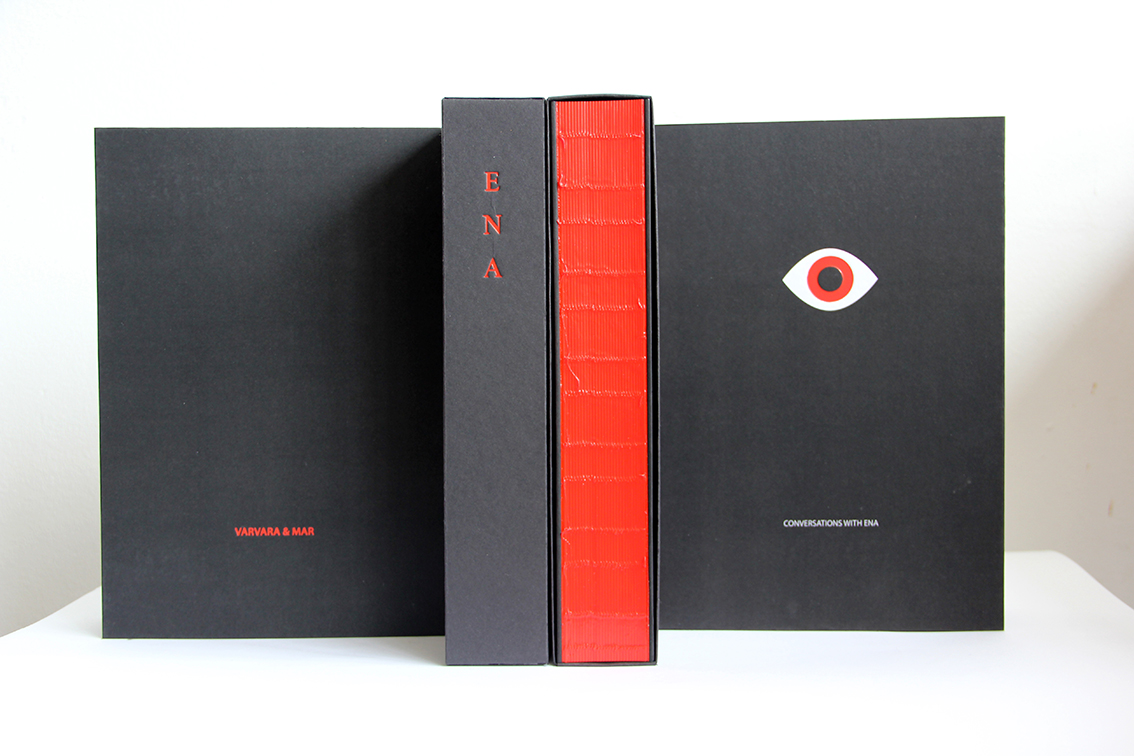 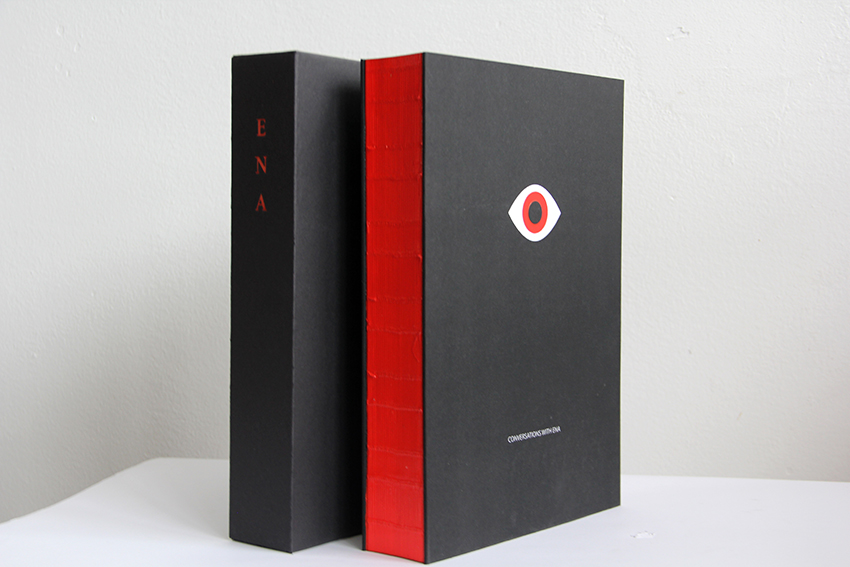 The conversations between the audience and ENA during the first lockdown were turned into a publication of 900-pages.

The bookbinding was done by hand and the book design is by Varvara & Mar.

Documentation of the process.