We Are The Clouds is an interactive and participatory artwork on a media facade, which invites the audience to become a cloud. In other words, a participant can have his/her silhouette transformed into the shape of a cloud on a large interactive outdoor video projection of a sky scene at Urban Screen of Surrey Art Center at the Chuck Bailey Recreation Centre.
The media facade becomes a sky space that contains audience’s silhouettes, which progresses like clouds do, over the digital sky: slowly drifting away and taking a form of somebody from the audience and then some else’s.
When one stands in front of the art installation a Kinect camera picks up its silhouette and participant appears as a cloud in the sky in rea-time. The other clouds on the urban projection are the local people, who have participated with their movements in the project earlier. Hence, the artwork brings together audience participation and real-time interaction on site.
More about the participatory component, local audience participated in the process of creation. Hence, We Are the Clouds contains pre-recorded videos of participants that in random order and position appear in the sky, and in different speeds drift over the sky as they were clouds.
In terms of audience interaction, when approaching the installation one gets converted into a cloud and superimposed on the digital facade along with other participants, who are also clouds. In other words, all the clouds are the people in the digital sky.
We Are The Clouds is a generative and interactive art piece, which means that the content is never the same. It is unique each time, like the real sky, mirroring participation of the local people.
Apart of being poetic and playful, artwork contains also a critical layer of concept. A word cloud makes us think about cloud computing first, instead of a cloud in the sky. No wonder, because our whole lives have been uploaded to a cloud. Moreover, a word cloud is the most expensive adword today. Hence art installation We Are the Clouds has a dual meeting: from one side it is a playful, poetic, imaginary, and full of hope piece. And from the other side, we talk about highly digitalised society, and at the same time vulnerable and controlled one, which live in the cloud.
When experiencing the artwork one sees his/her body shape that follows his/her movements. Similarly, in the digital cloud there is a clone or a copy of a user. Only it is with much “higher resolution” in terms of data, enabling to know every aspect of its life.
We Are the Clouds was commissioned by Surrey Art Gallery for the UrbanScreen program in Surrey at Chuck Bailey Recreation Centre.
Review of the artwork by a Dr Stacey Koosel: Soft, fluffy power.
We want to thank Martin Nadal for his software assistance on We Are the Clouds, as well as the Cultural Endowment of Estonia.

Exhibited:
We Are the Clouds at UrbanScreen in Chuck Bailey Recreation Centre commissioned by Surrey Art Gallery (30 Jan – 26 April 2020, Surrey, Canada)
With the support of: 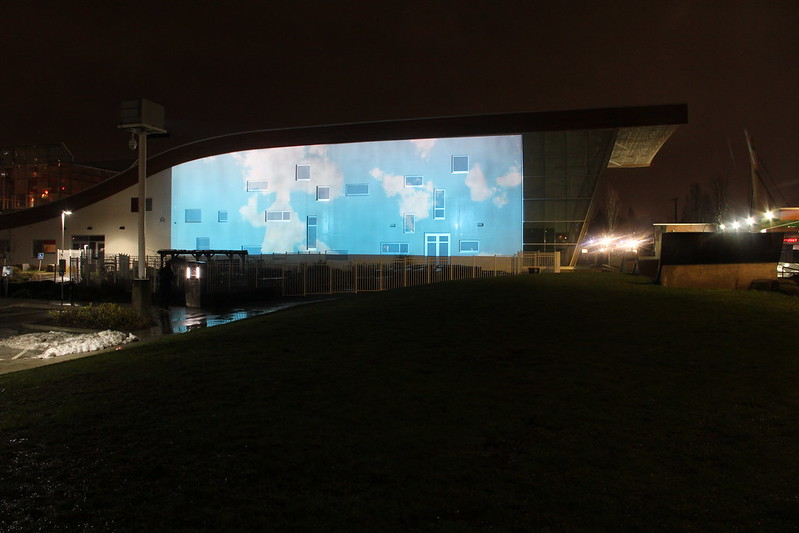 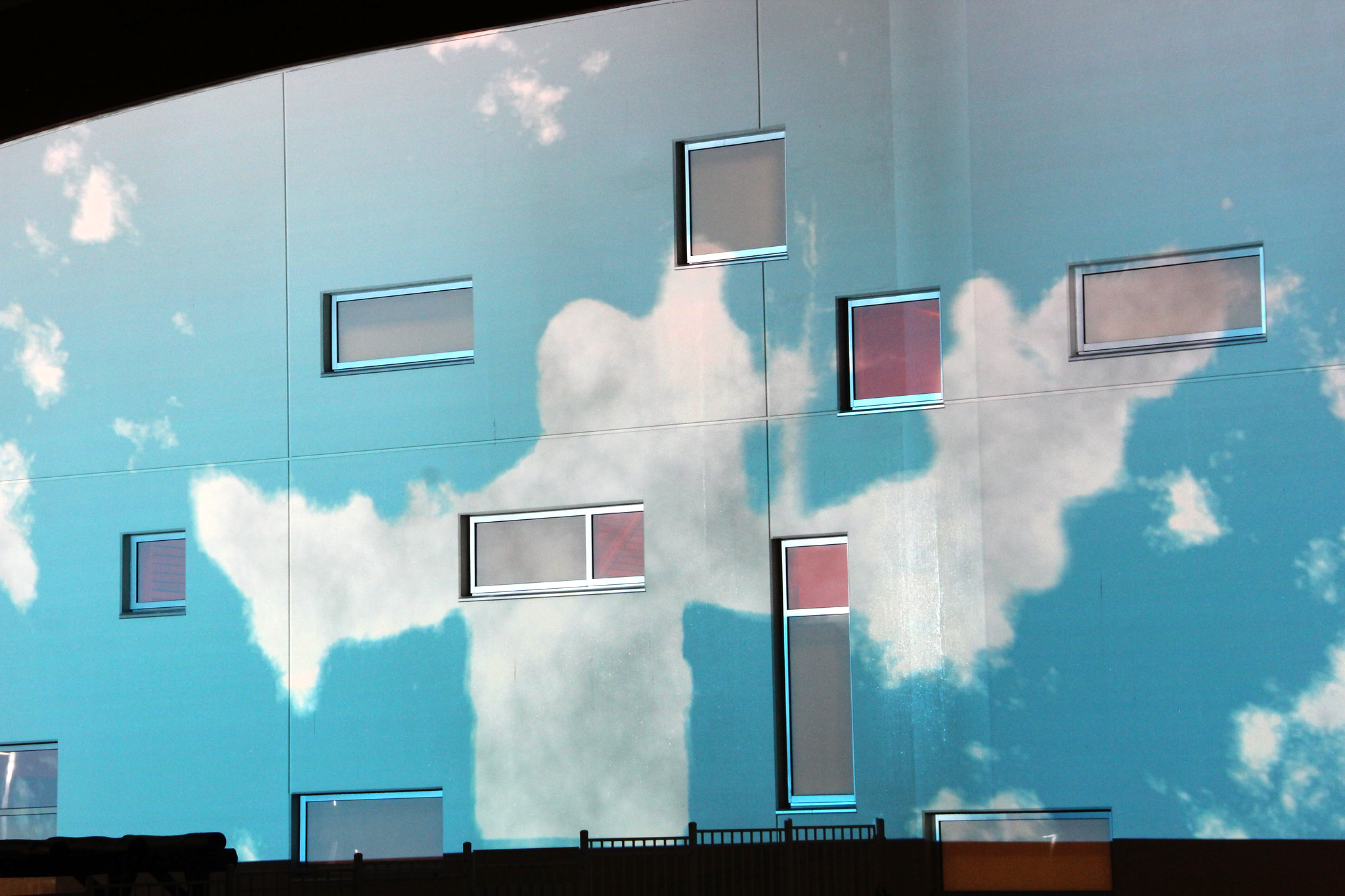 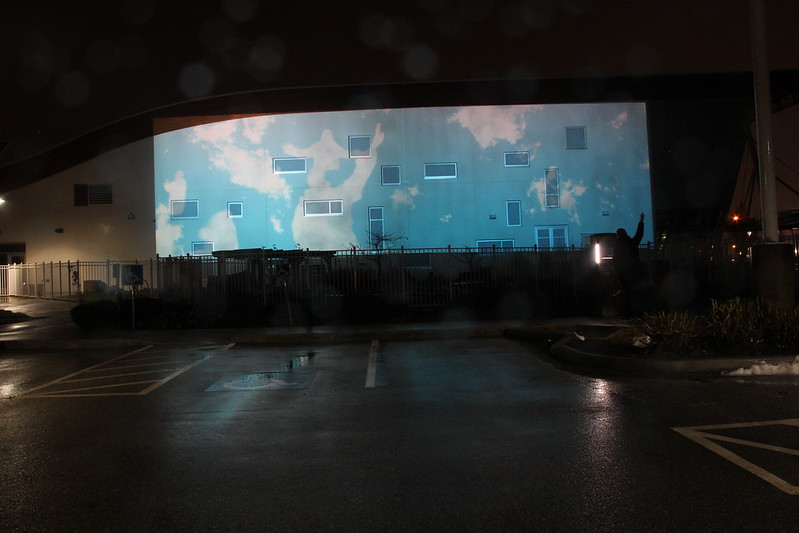