After everyone has left for Planet B 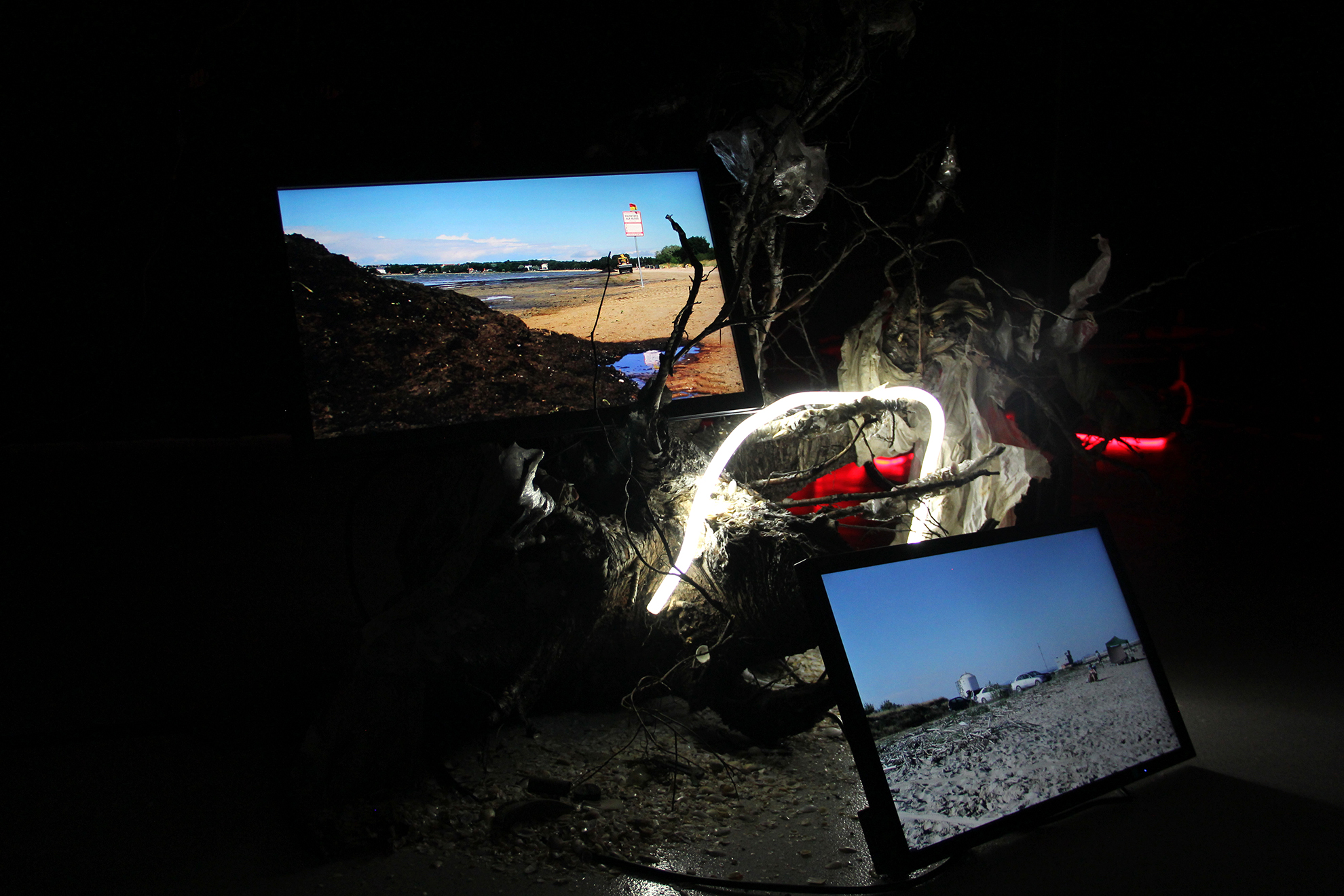 After Everyone has left for Planet B

Our solo exhibition, After Everyone has left for Planet B, invites the audience to think about what will remain after us on Planet A if we bet on Planet B.

General common sense would say that there is no Planet B, and we should focus and target all resources on fixing Earth that humanity has managed to bring to a fatal stage. We are living the geological time known as Anthropocene – the age when human activity began to influence the planet’s climate and ecosystems significantly.

Nevertheless, the super-rich, like Elon Musk and Jeff Bezos, choose to invest (but also obtain a big junk of public funding) in space research and speculate about the possibility of leaving for Planet B. Such naive escapism surprisingly gains attention instead of undoing the ecological damage on Earth and begins to be considered as an alternative option to the heavily contaminated and problematic Planet A. The billionaires reassure the public of their altruistic intentions for a better future while realising their power, capital, and technophilia dreams.

Why do the people like Elon Musk want to save us? And most importantly, why do they want us to believe that we need to be saved?

Our earlier work, Tree of Hands (2015), talks about Anthropocene and proposes a dystopian landscape letting the audience, through interaction, engage with it. Its’ beautifully painful scenery served as a starting point for the other works and objects displayed in the exhibition.

We undertook a trip to La Pineda – probably the most contaminated beach in Spain – close to Tarragona’s chemical industry. This industry spills millions of plastic pellets into the sea, causing plastic pellets invasion. So far, no responsibility has been taken by the polluting industries. In plastic pollution, manufacturing and transporting pellets is in second place after plastic waste. Our research trip to Stroomi beach in Tallinn proved that transportation also causes considerable spills of pellets.

The sad reality is that microplastic is a part of our daily food chain. Moreover, the new fossils – the plastic glomerates – can already be found in the environment marking the geological age of the Anthropocene.

The exhibition should be viewed and experienced as a single installation that is comprised of multiple objects and installations stretched together by sound work.

In the exhibition, only found plastic waste and objects were used. All the technology used was owned previously.

The track “Dead Planet 002” was recorded in the Norwegian mountains, Hestenesøyra, in a cabin without electricity, in the middle of rain and fog on an iPad. The monotonous bass is the Kurdistan flute duduk played by me, the waves are recorded by the Arctic Ocean, and Varvara’s questions and answers are read aloud by NaturalReader. The track has not been mixed and all sounds are recorded in real-time. 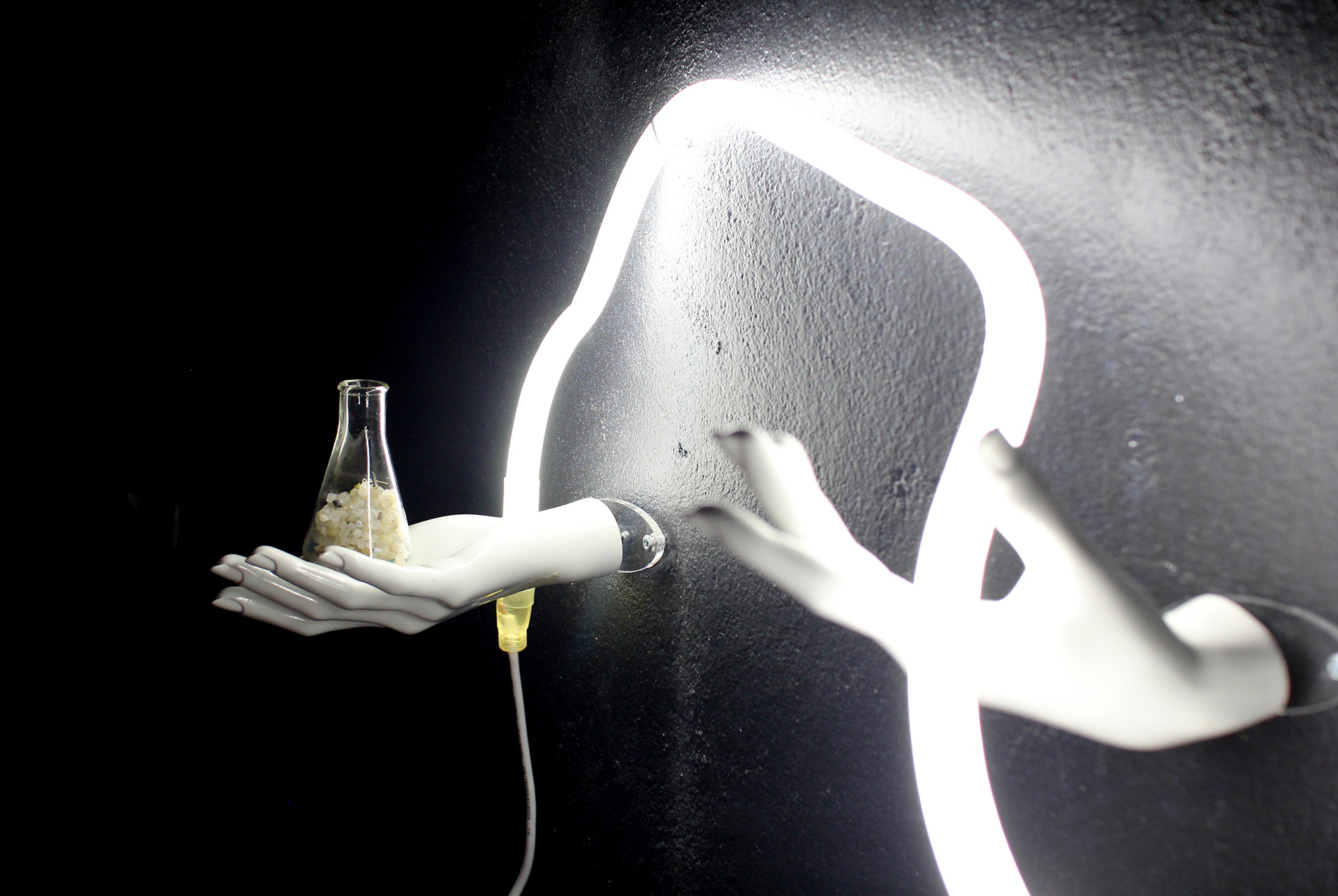 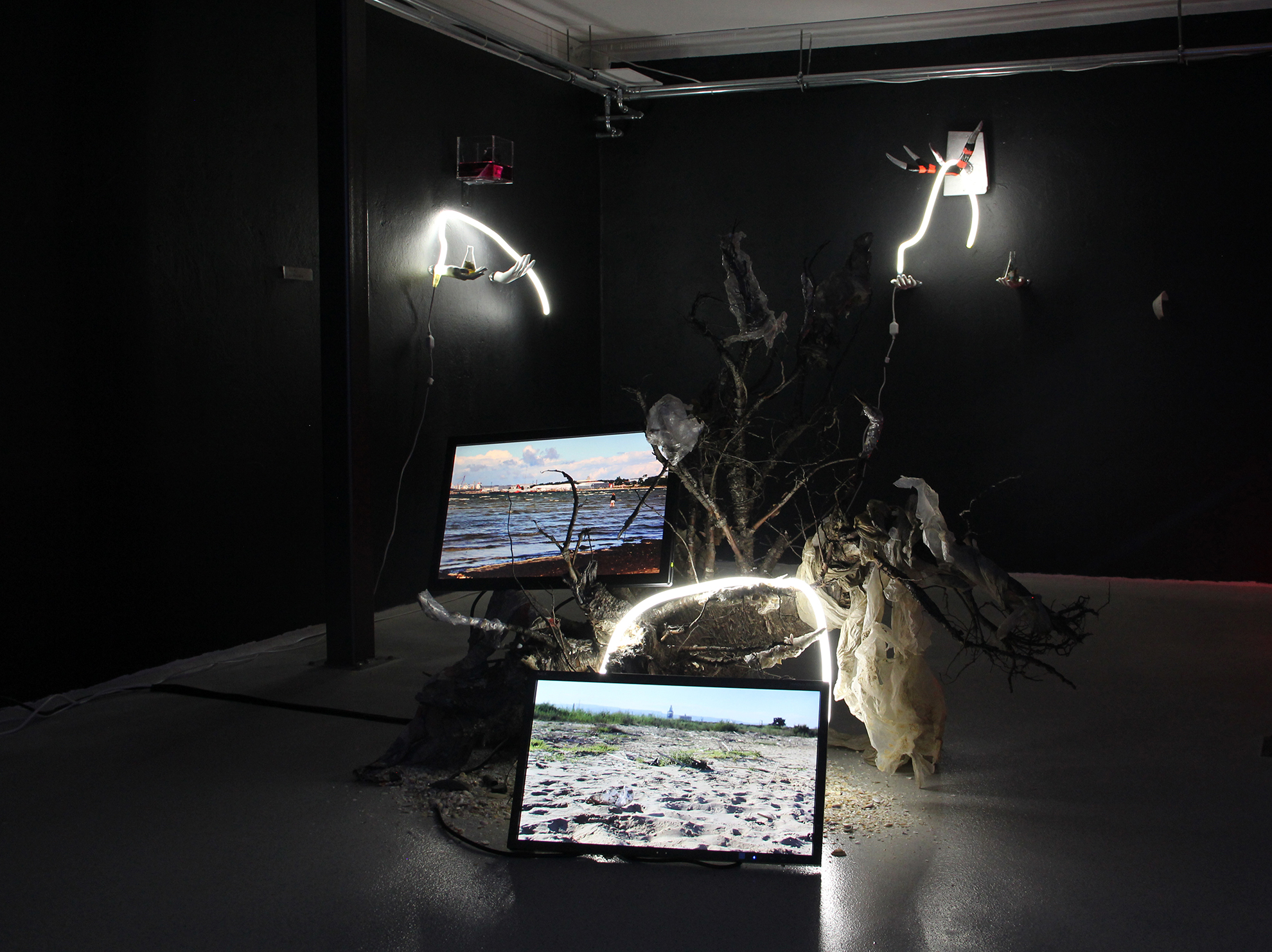 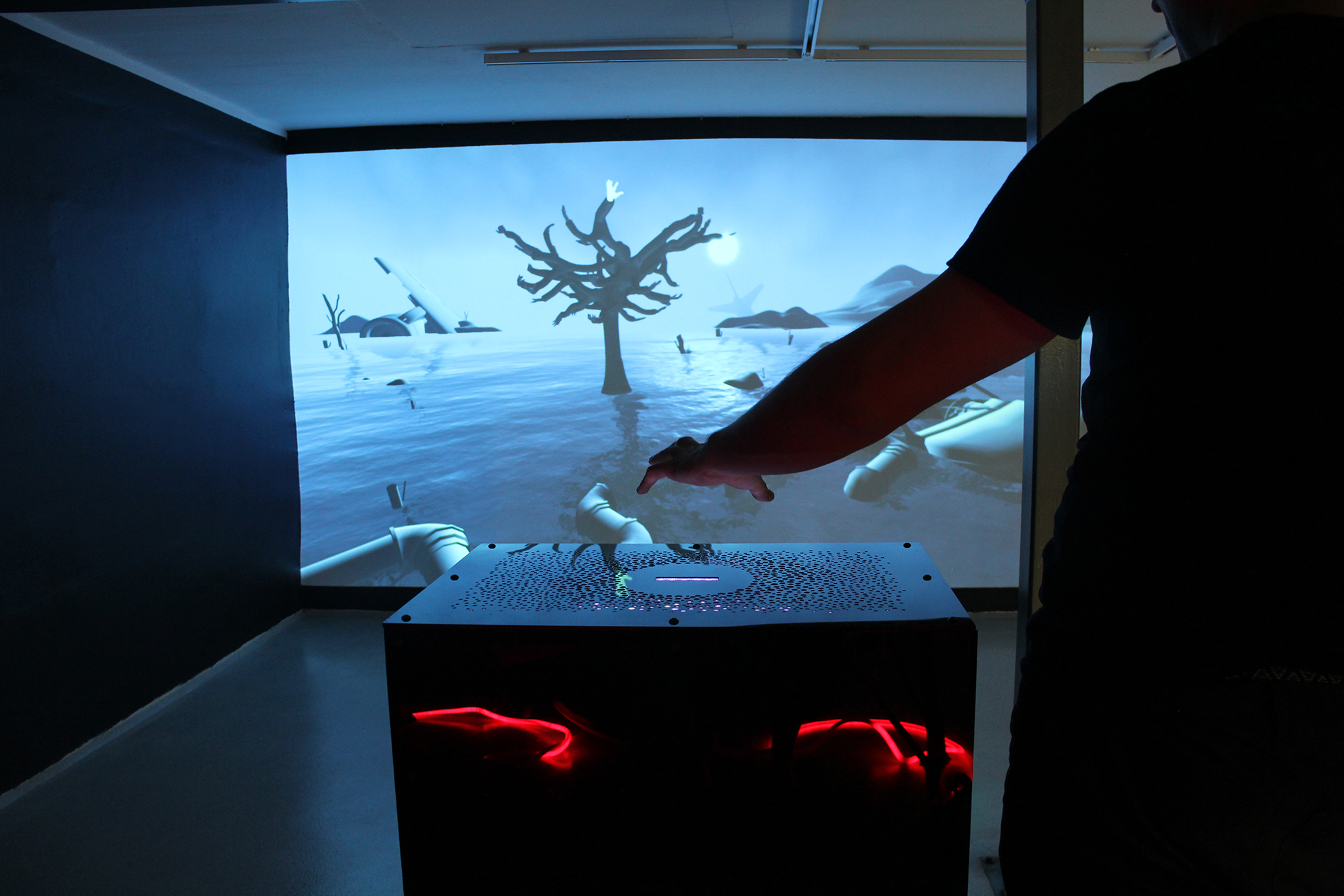 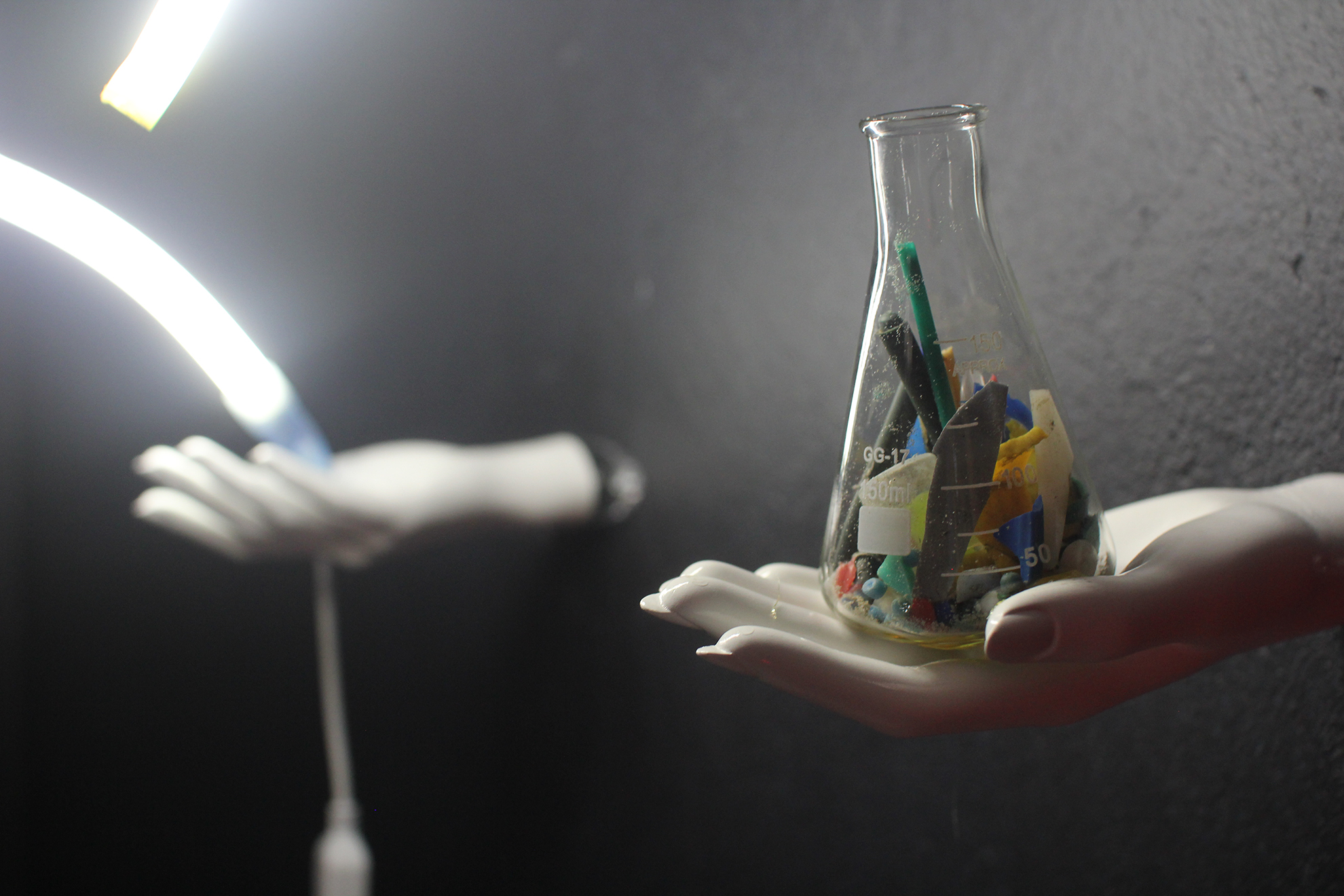 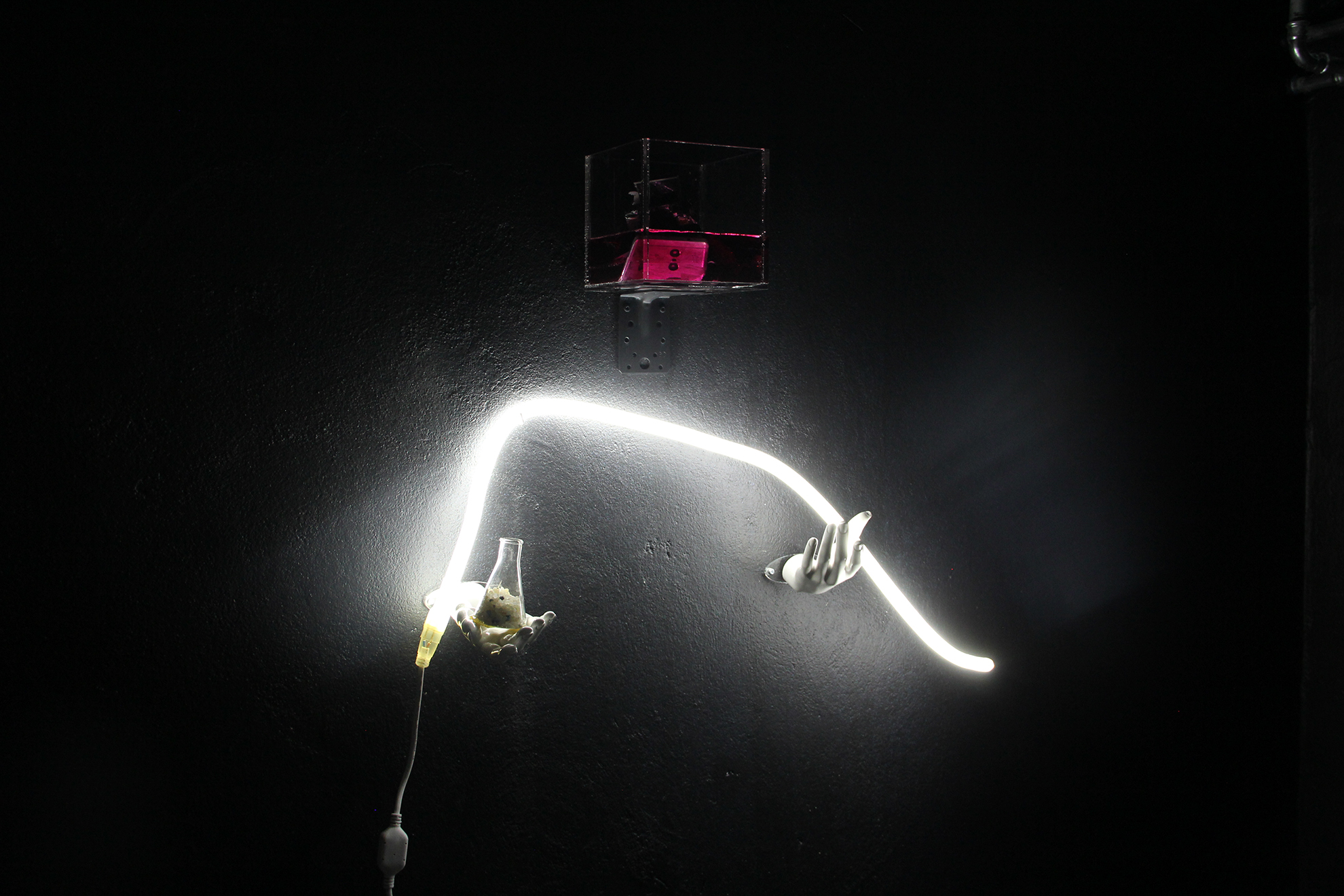 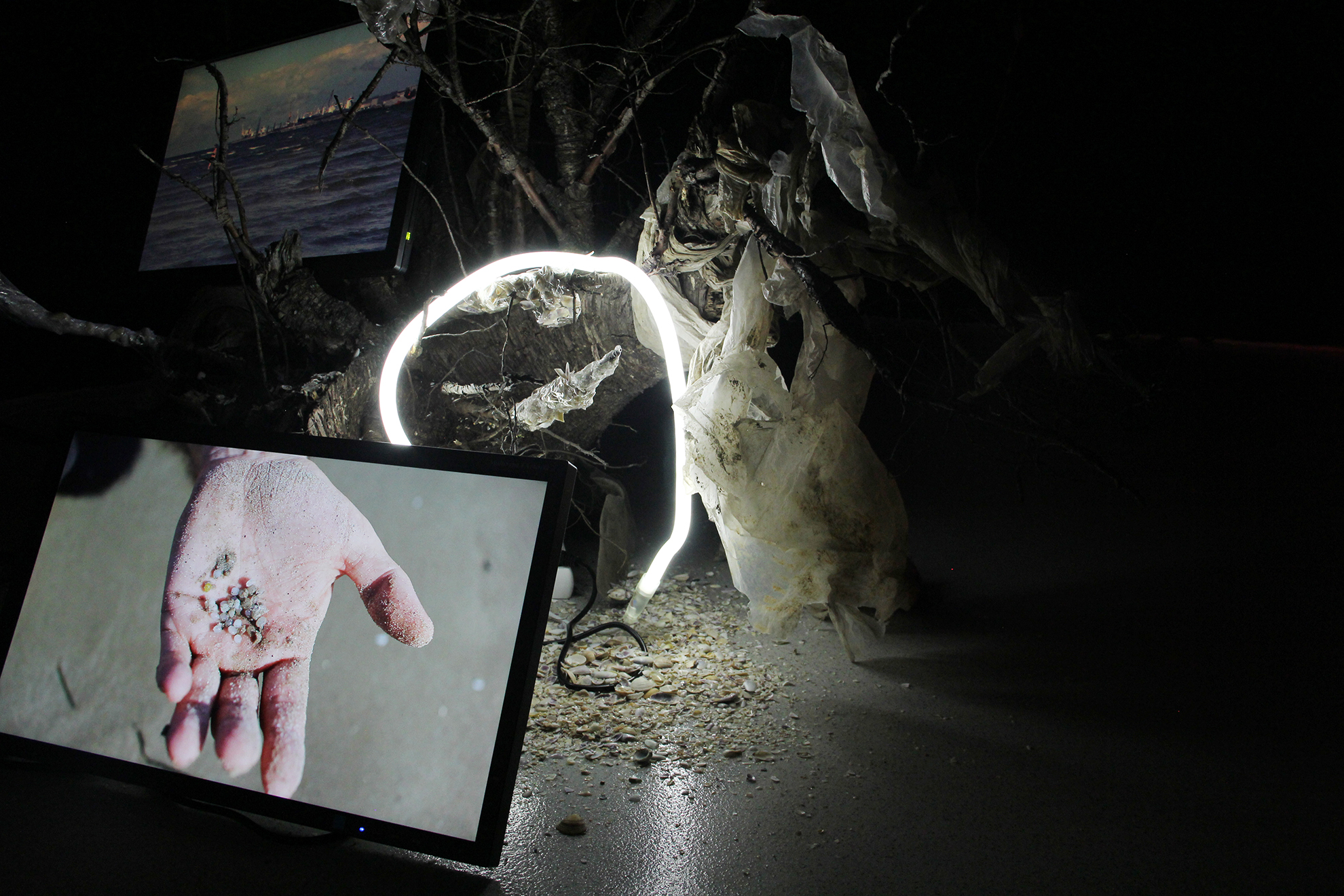 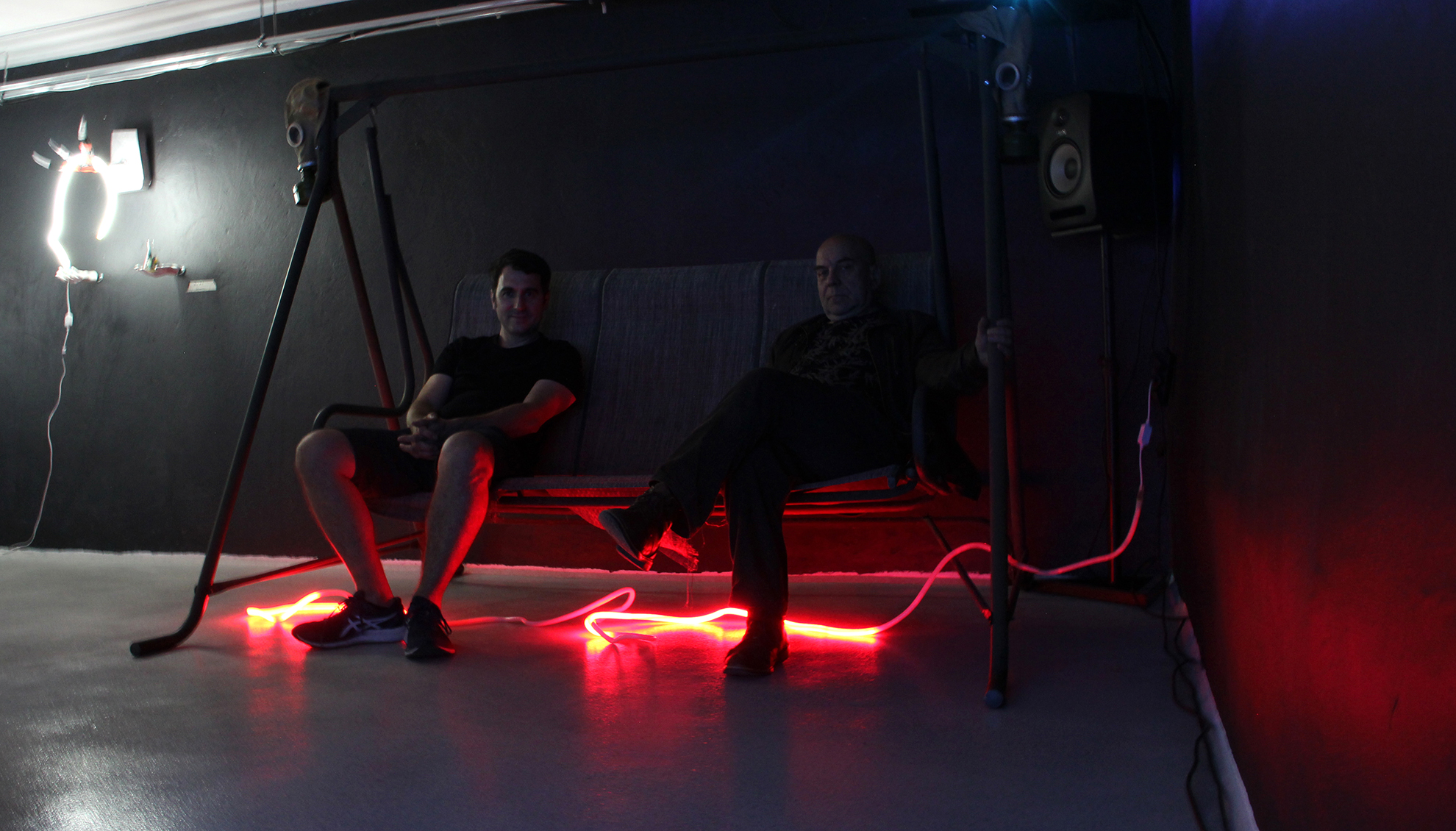