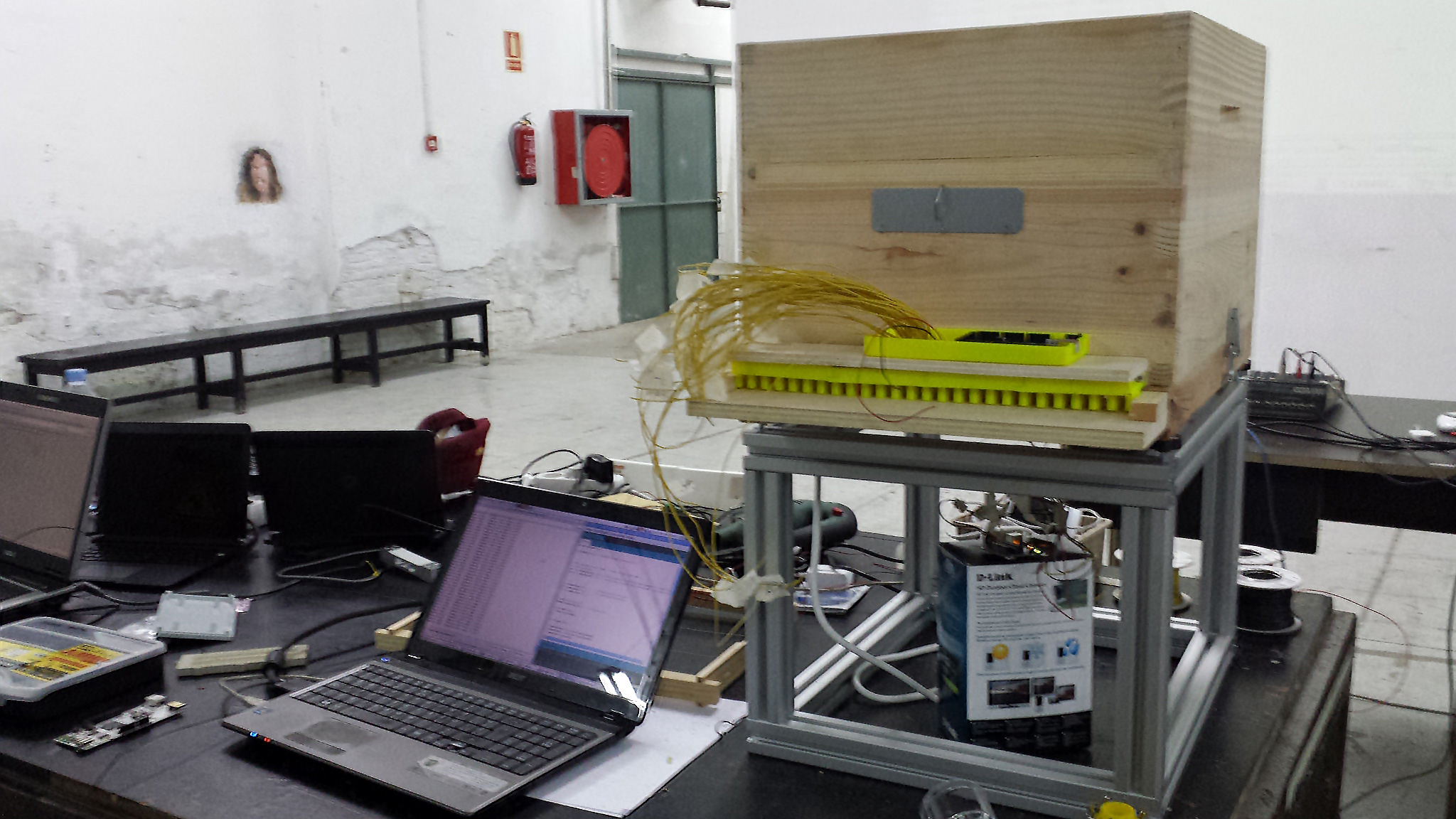 Together with OpenSystems from University of Barcelona, Bordeaux and Melliferopolis we were facilitating Urban Bees 2.0 2-day-long workshop, which took place at Hangar, Barcelona (26th-27th March 2014).
The idea was to equip beehives with sensors, in order to use bees as urban sensors later on. It is known fact that urban bees are indicators of quality of the city where we live.
In the workshop we were building two beehives with various sensors, like bee counter, humidity, scale, temperature, camera, and also PCduiono for sending data to a server.
At the moment Urban Bees 2.0 beehive is installed in the science museum of Barcelona. 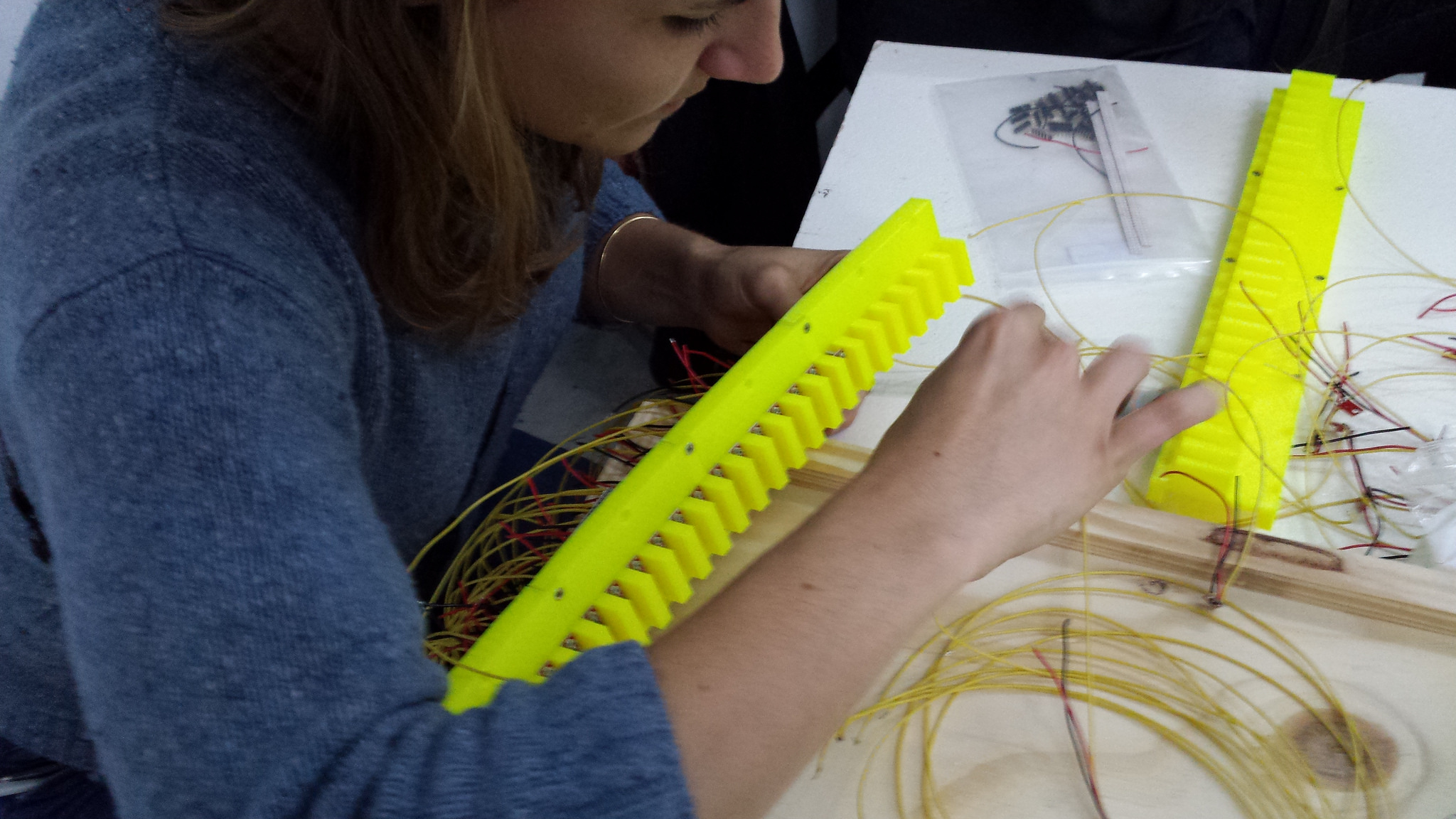 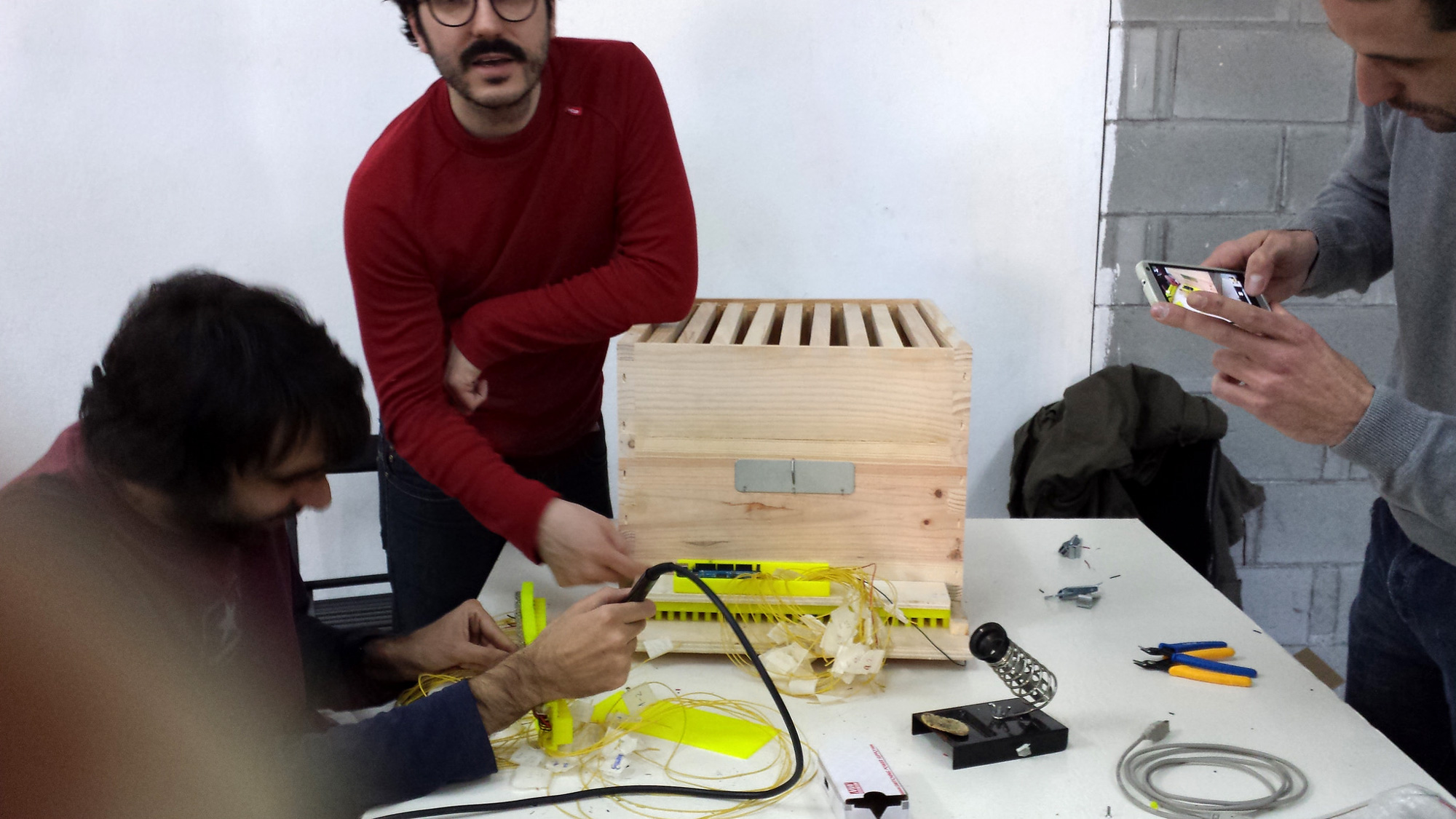