The Rhythm of City 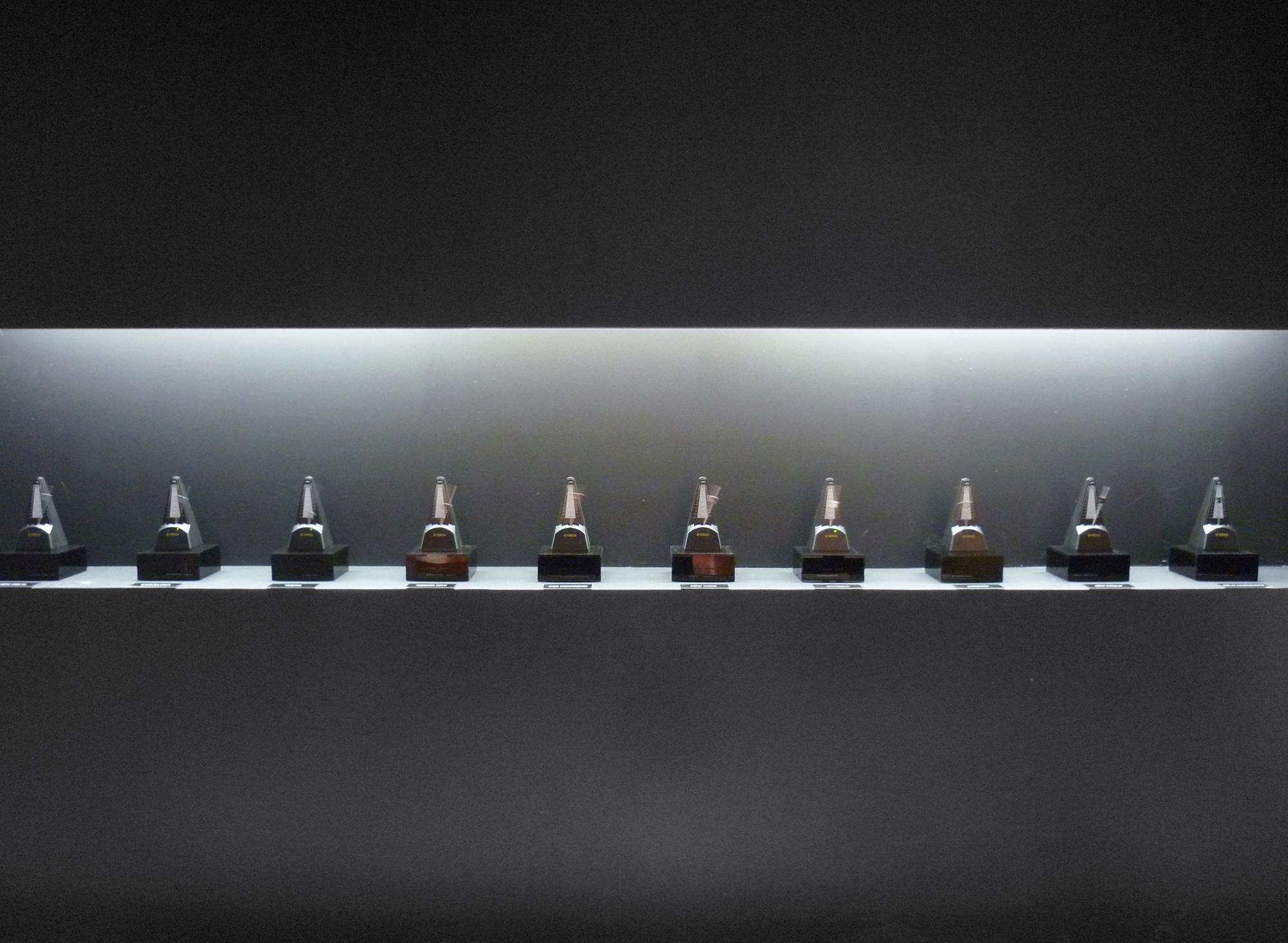 The Rhythm of City

The Rhythm of City embodies real-time data in a series of objects that endow them with a specific meaning and a specific reading.” (Waelder 2016: 67) The artwork makes use of geo-located data culled from social networks. To be more specific, user-generated data is applied as a score of the artwork. The installation consists of ten modified metronomes, whose performance score is composed by collecting the geo-located activity of users of several social networks (Twitter, Flickr, Youtube, Instagram, Foursquare) in selected cities in real-time. Online users of certain cities are participating in the artwork through their everyday virtual communication without being aware of the fact that they have a significant role in the installation. They are taking part in composing the artwork’s score. As a result, the audience is confronted with a unique, unpredictable and continuous performance. At the same time, the artwork goes beyond a performative piece; it also shows a city’s pace of life.
The Rhythm of City has a multifaceted concept. First of all, geo-located data are translated into the mechanical rhythm of a metronome. The same rhythm represents a city’s pace of life. Second, there is a twist from digital to physical. The digital data are translated into physical kinetic motion and sound. Thus, the meaning of data has been altered and applied for totally different purposes. To be more precise, the same has happened with the metronome – the device has been given a new and unexpected function from its original one. And finally, the users of geo-located social media are influencing the rhythm of a metronome in real-time (Guljajeva and Canet 2011). In other words, the online participants of selected locations, who have no idea about their role, collectively determine the score, and thus, have a core role in the physical installation. Although the participants are not aware of their part, the interactive system of The Rhythm of City is open towards the indirect post-participative input, which comes from social media users, and the role of the artist is less present. User-generated big data do not stand for the data anymore, but rather for constant and involuntary participation.
The urban studies of Bornstein & Bornstein from early 1970s served as an inspiration for the artwork. They had discovered a positive correlation between the walking speed of pedestrians and the size of a city. Simply put: the bigger a city, faster move people. The artwork demonstrates our interpretation of city’s tempo through its digital life. Hence, The artwork talks about pace of life in different cities at the same moment when the piece is viewed. 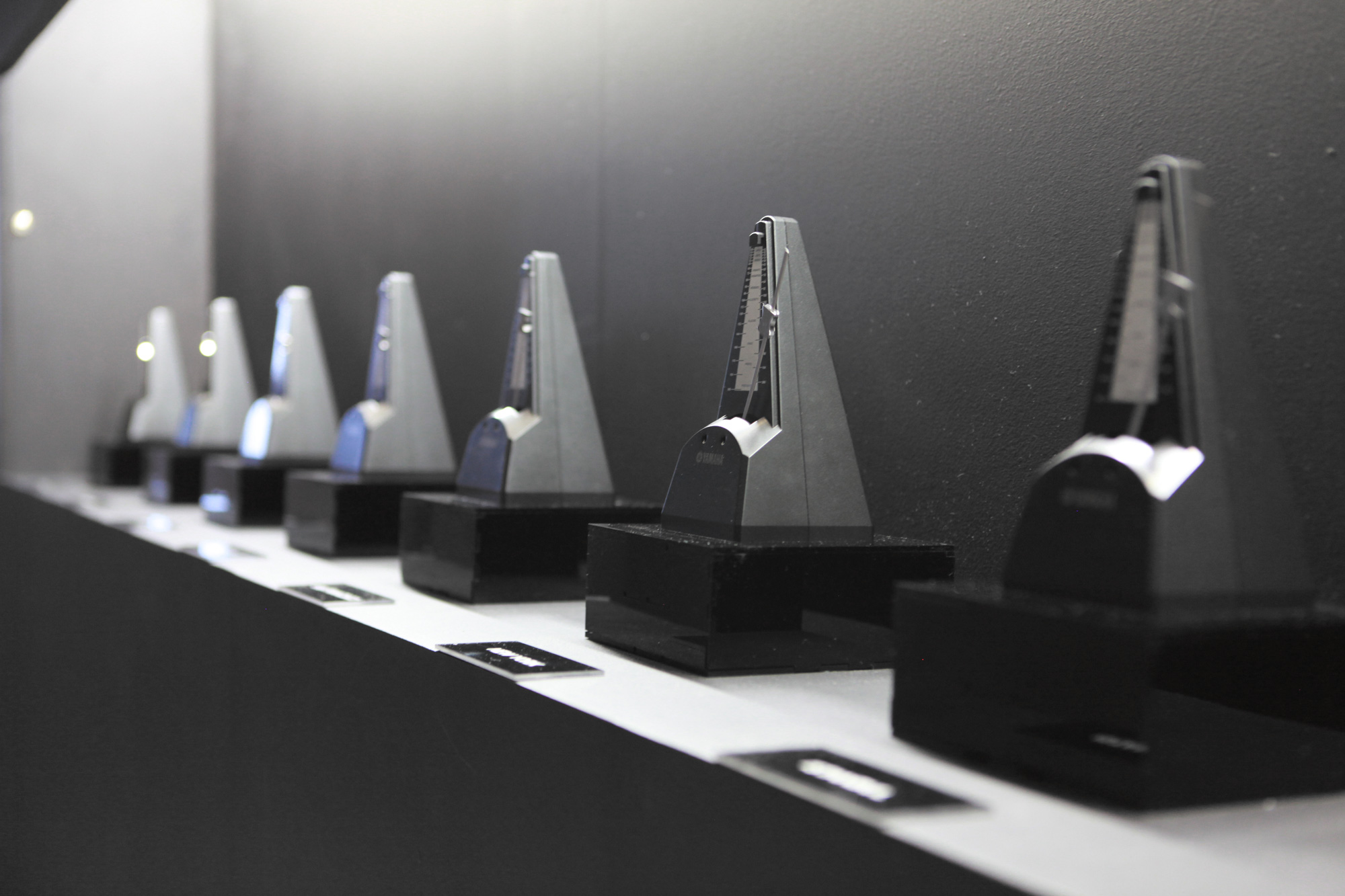