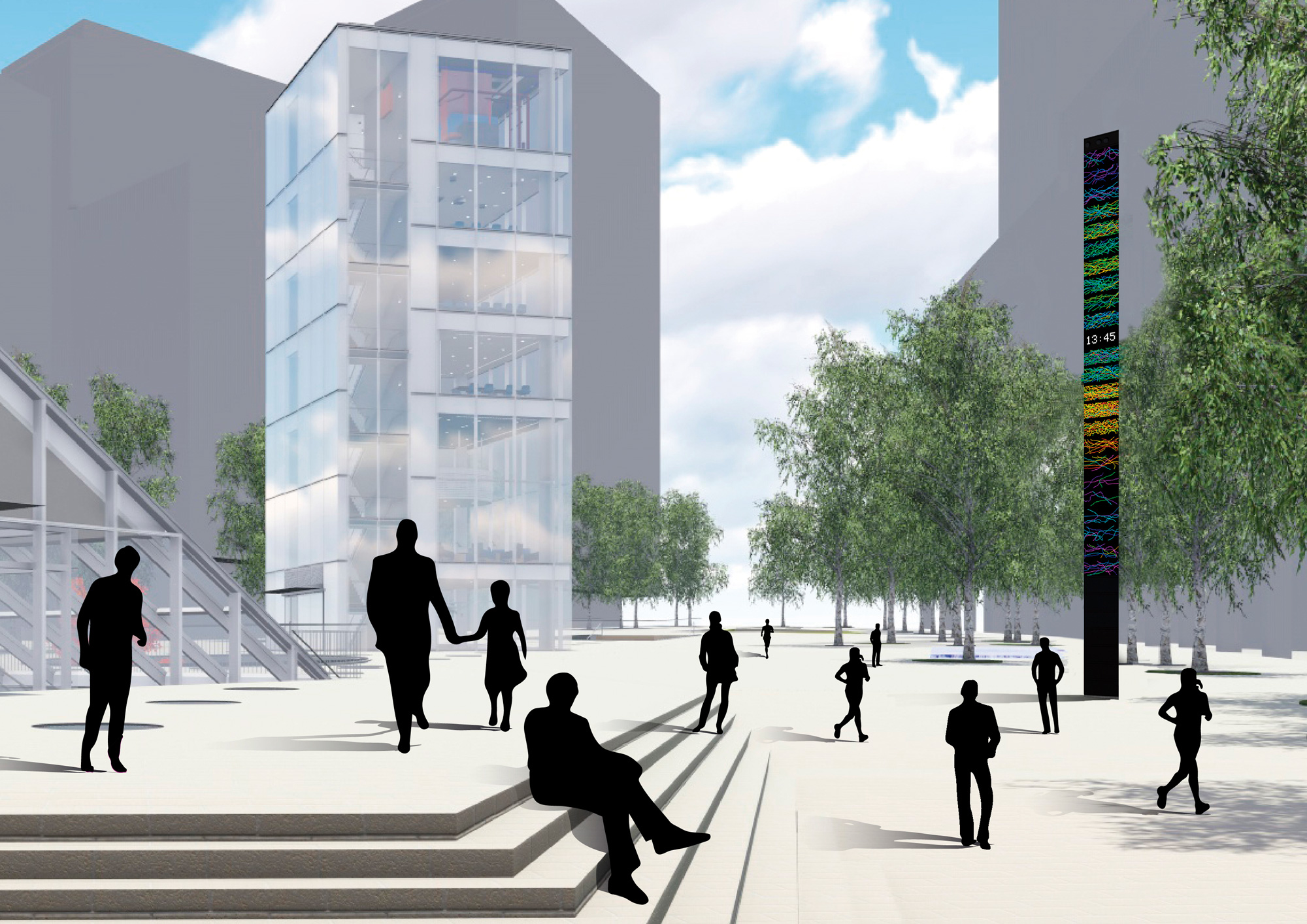 Data Tower is a 15-metre-tall obelisk equipped with 24 LED-tile segments on its two sides representing 24 hours, which communicate the pace of life and the current time. The idea of the 21st-century clock was already present in the artwork The Rhythm of São Paulo (2012), which takes a more mature form in Data Tower. In addition to actual time, Data Tower displays the pattern of the pace of life in the square during the last 23 hours. The lifestyles of residents, whether rushing to work, having a morning jog, walking the dog or reading a book in the square, are the components of each hour when a new pattern is composed and displayed on the obelisk. Hence, the behaviour of people in the square is transformed into colours and lines, which each hour form the pattern of a correspondent LED-display on the monolith. The idea is to take advantage of the central point of the location and, by using surveillance cameras to track people in the square 24/7, to capture the movement and amount of people throughout the day.
Being watched and traced is an inevitable part of the information and surveillance age today. Underlying this fact, we have decided to track people and life in the square and let them generate data in the form of colour and lines. Hence, the data can be seen as an artistic material, which is sculptured by us as an artists and by an interactive system that has direct post-participative input from the people in the square. By sculpturing data in this way, the art installation demonstrates the pace of life in the square for the last 23 hours. Hence, one is able to see which hour is the most active or empty in the location. Maybe during weekends, Data Tower shows more slow or relaxed traces generated by people in comparison to weekdays. Pedestrians and their speed have been not random choices for us, we were quite inspired by the early studies of Borstein & Borstein, who had discovered in the 1970s a positive correlation between the speed of pedestrians and size of the city. In short, it was found that the speed of people is descriptive for a place and other way round.
Concept-wise we have the same departure point as in the case of The Rhythm of City and The Rhythm of São Paulo: capturing and artistically forwarding a city’s pace of life. In this sense, all three works are very much related to representing our search for the rhythm of life in an urban space. While The Rhythm of São Paulo and The Rhythm of City talk about the pace of life in the virtual dimension of the city, Data Tower creates a dialogue between the place and its residents. To be more exact, it communicates the rhythm of life in the public space, while people compose the actual artwork through living their everyday lives. Data Tower aims to reflect the life and culture of the square, while creating a new relationship between residents and the artwork.
Data Tower was among 4 finalists for the Green Square Library and Plaza in Sydney public art commission. 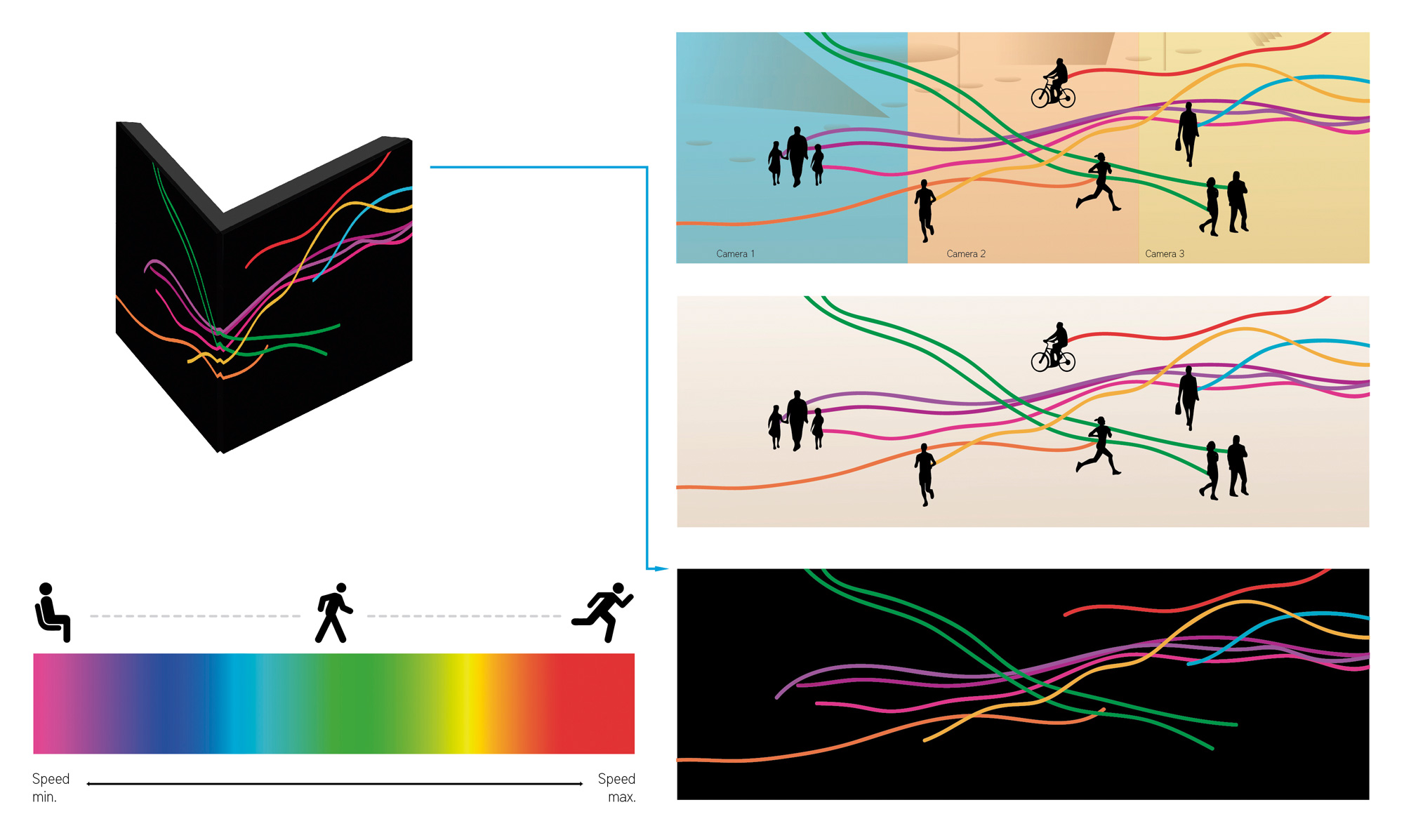 The Rhythm of Wind
Scroll to top